Let’s get one thing straight with this BMW 330e hybrid car review. I am not a race car driver, not a professional gear head, or some long-time BMW aficionado who has tracked every nuanced update to every model of BMW since it was founded in 1916.

I did not write this car review to impress other car review writers. I’m just a regular dad with a small family who likes cars. Do I like to drive fast sometimes? Yes. Do I geek out a little when I see a cool, new car? Yes. Do I admire German cars and have a rough idea of their models? Yes. Was I excited when BMW let me take a 330e for a weeklong test drive? Yes. Who wouldn’t? Apparently every other auto writer out there.

Read the expert reviews of the 2021 BMW 330e hybrid and, at best, you’ll see descriptions of “reasonably quick,” and at worst, “unexpectedly sterile.” It’s safe to say the 330e is not wowing reviewers. But as I said before, I am not a professional car critic. And maybe that’s why I had an absolute blast driving the 330e. 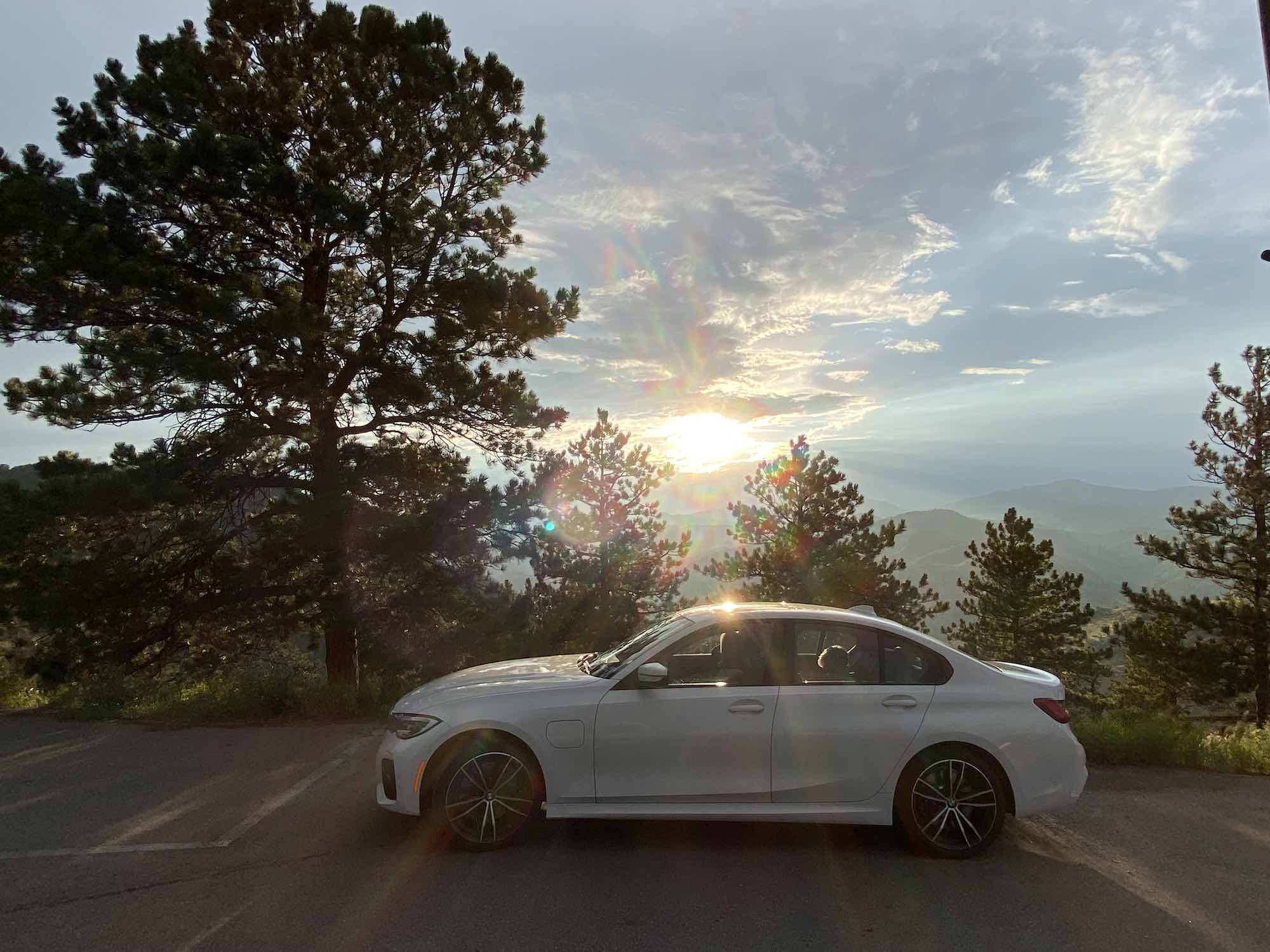 First off, what is the 2021 BMW 330e? It’s a four-door, plug-in hybrid sedan with a twin-powered, turbocharged, 4-cylinder, 16-valve engine and an 8-speed transmission. The “twin-powered” part means that it’s got an electric motor and a gas-powered motor. You can run it on electric power by itself and get about 20 miles of gas-free range (about the length of a short commute), or you can run it in hybrid mode and squeeze out about 71 miles per gallon. If you drain the electric battery, you can run it on gas only for an average of 28 miles per gallon. Not bad numbers overall.

POWERTRAIN:  288 hp combined electric and gas output. That breaks down to 181 hp from the gas-powered engine, and 111 hp from the permanent-magnet synchronous AC motor with a 12.0-kWh lithium-ion battery pack. Lots. For starters, the 330e is quick. But, not the kind of quick that will get you in too much trouble. I’ve got a family. I don’t need any more speeding tickets. It’s also agile. I took my family on a drive up Lookout Mountain in Golden, Colorado, and it handled the 150-degree switchbacks beautifully. The 330e also looks great with its sleek lines and somewhat understated silhouette. The interior is similarly minimal, but the leather appointments feel luxurious nonetheless. If you’re looking for a 4-door sedan that’s more powerful and playful than a standard commuter, the 2021 BMW 330e is a solid choice. But, the ultimate deciding factor for me that the 330e is good candidate for the Ultimate Dad Car title? My family loved it.

Looking for a newer family car with a little more oomph? Check out the car review of the 2022 Mercedes AMG GLE 53 Coupe. This 429-horsepower all-wheel drive monster is so refined you’ll forget you’re driving a car that can do 0-60 in 5.2 seconds…until you stomp on the gas pedal. This is the most expensive car Wilderdad has reviewed. See how much the test-drive model cost here: https://wilderdad.com/mercedes-amg-gle-53-coupe-review